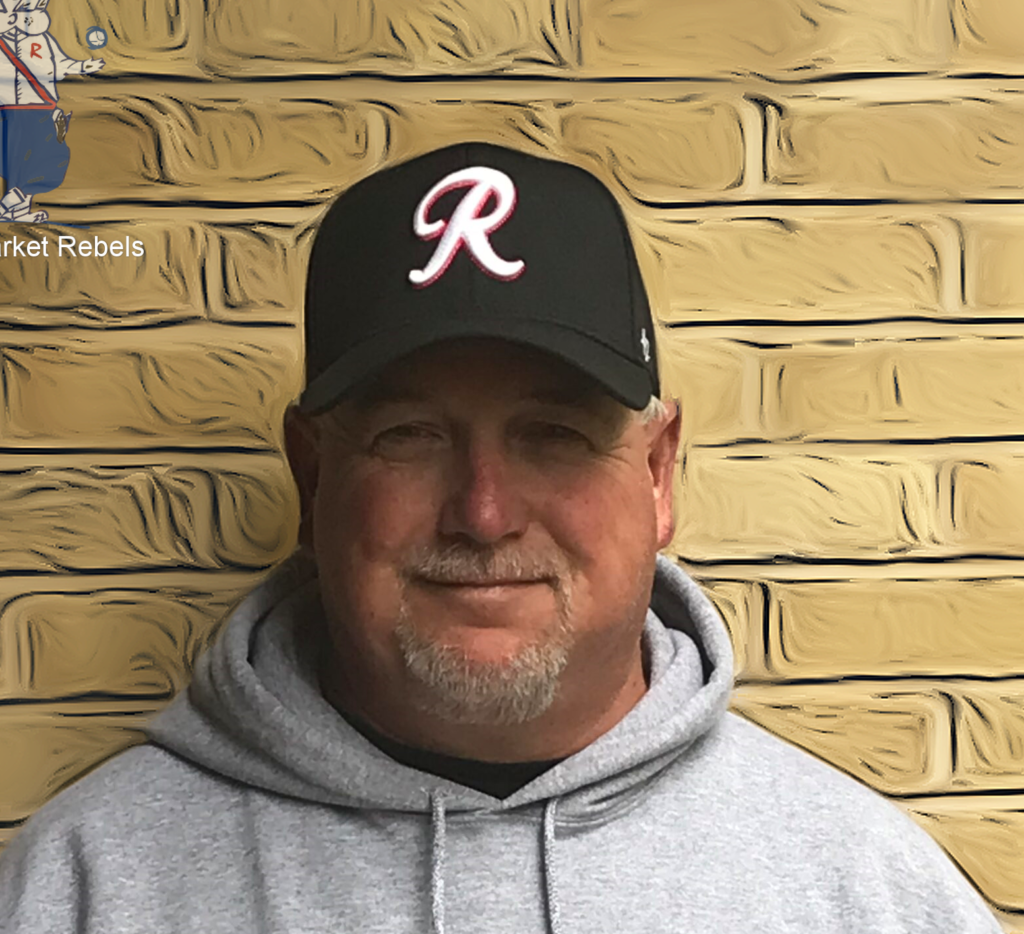 The New Market Rebels of the Valley Baseball League (VBL) are pleased to announce the selection of
Charlie Shepard as Head Coach for the 2023 season.

“Coach Shepard is a Shenandoah Valley native and has been involved in coaching baseball for over 30
years. He is well liked and respected by his peers, players, administrators, and all who know him,” said
Rebels President Mike Jones.

“Once Coach Shepard was under consideration for the position, the work of our search committee was
rapid, unified, and decisive. We are excited to have partnered with such an excellent individual to lead
our team,” added Jones.

Shepard was the pitching coach for the Woodstock River Bandits 2019-22. The staffs he helped recruit
and manage boasted the VBL Pitcher of the Year in two of those seasons. In addition, the team ERA of
those pitching staffs have ranked within the top two in the league over that same period. (The Valley
League cancelled its 2020 season due to the COVID pandemic).

Shepard has served as Head Baseball Coach at Luray High School since 2019 and was Head Coach at
Broadway High School from 2011-2015. He has coached numerous players who went on to have
successful collegiate careers.

Shepard has also been a manager in the Rockingham County Baseball League (RCBL) for ten years,
managing the Broadway Bruins and leading the Bridgewater Reds to the championship series in 2012.
Shepard has rounded out his Rebels coaching staff with Conor Miller as Pitching Coach, Isaac Wengert as
Assistant Pitching Coach, and Garrett Nance as Hitting Coach.

Miller spent 4 years at York College of Pennsylvania where he was a mainstay in the Spartan bullpen.
Miller is second all-time in career saves and second all-time in single season saves while at York.  He was
also voted to the All-Region team during his senior year at York.  Miller played his fifth and final year at
Nova Southeastern University.

After his final year of playing in college, Miller was named the Pitching Coach for the Jupiter Wave in the
Collegiate League of the Palm Beaches in the summer of 2022, where his pitching staff had a stretch of
18 scoreless innings.

Wengert is joining the New Market Rebel family after playing under Shepard on the 2022 River Bandits,
and finishing his collegiate career at West Virginia Tech, where he received all conference honors twice
as a starting pitcher. At home in Hershey Pennsylvania, Isaac has trained pitchers and coached travel baseball for the past four years. He also worked at two separate sport facilities where he specialized in
velocity development and pitch development.

Nance is returning to the Rebels staff after serving as hitting coach in 2022. Nance is an assistant coach
at East Georgia State College, where he assists with recruitment and is responsible for guiding hitters
and catchers. Prior to East Georgia, Garrett was Head of Baseball Operations for nationally recognized
Game Time Prospects, which is one of the premier organizations in the state of Florida. Garrett was also
a Head Coach for three summers for the Game Time Prospects. While an Assistant Coach at Brandon
High School, Florida, Garrett helped turn the historic school back to its known success.

“In addition to having his staff on board, Coach Shepard has already recruited several players for the
2023 Rebels roster, and we have full confidence that his expertise and extensive contacts will make the
Rebels one of the most competitive teams in the league,” said Jones.

Coach Shepard and his family reside in Rockingham County, just outside of Harrisonburg.