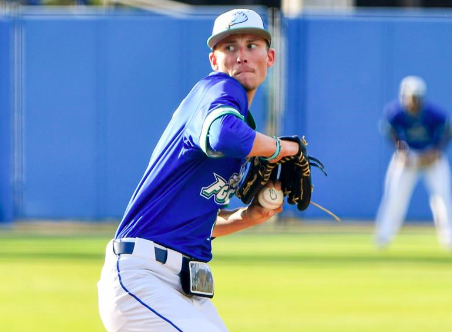 One game was played last night:

Waynesboro 4, Harrisonburg 2: The Generals pulled into a tie for second place in the South with a 4-2 victory over the Harrisonburg Turks. Tied at one after seven, the Generals jumped ahead with a two-run eighth thanks to a two-run single by Matt Ruiz. After the Turks followed with a Mitchell Farris home run in the bottom of the eighth, TJ Clarkson gave the Gens an insurance run with a solo home run in the ninth. Both teams are 9-6.

Hitter of the Day

Pitcher of the Day